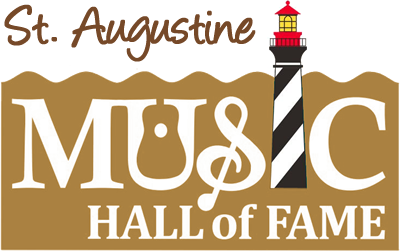 SAMHOF is a movement, and not-for-profit* organization, dedicated to recognizing and sharing the rich music history of America’s oldest city.

How does SAMHOF decide each year’s inductees?

While the official SAMHOF Committee has the final say over each years list of inductees, SAMHOF makes every effort to have the city’s general public and music community have a voice in the actual induction and selection process.

The following are some of the efforts made by the committee to engage as many people as possible into this process:

• While the founding SAMHOF committee initially consisted of 3 members, the number credited for the release of the 2018 inaugural class was 4 primary and 6 secondary committee members. The committee was expanded to 8 primary members for the 2019 induction. This number, and committee structure, will continue to be reviewed throughout 2020.

• The official SAHOF website, www.samhof.com, encourages all site visitors to fill in a nomination form to submit their choices for future induction.

• The SAMHOF Facebook page, along with other popular FB pages such as “St. Augustine Memories,’ regularly asks page readers to submit their choices on who the SAMHOF should consider recognizing.

• To directly reach the greater St. Augustine musician community for the past two years; the AMP has sent out, on behalf of the SAMHOF, a simple and optional survey asking the more than 200 participants in the city’s biggest yearly music festival, Sing Out Loud, to participate with their selections.

• All public responses and nominations, in any form, are maintained in an updated spreadsheet for
review by committee members throughout the year, and prior to the selection process. Over the past two years, these nominations played a big part to increase the pool, and worthiness, of possible inductees.